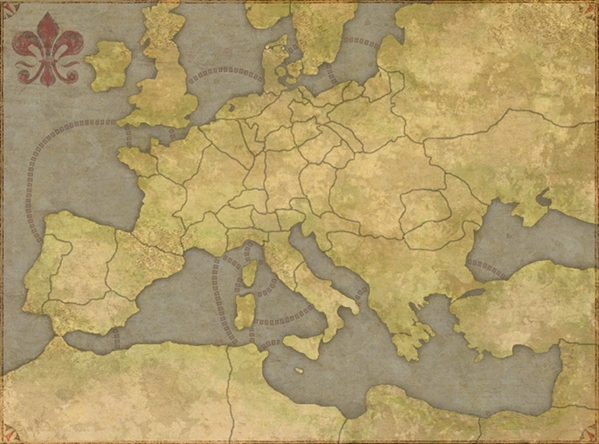 Follow in the footsteps of Napoleon to conquer the known world of 1796!

The player, Bonaparte, is initially forced to follow the orders of the Directorate in Paris. Napoleon can choose among a variety of missions, some historical, some ahistorical. Examples include the putting down of a Royalist uprising, the Italian campaigns against the Austrians, the ejection of the British from Brittany, and the Battle of the Pyramids.

Once Bonaparte achieves enough victories, he returns to Paris and crowns himself Emperor of the French. The player unlocks the Imperial Guard unit, a stronger version of the Musketeer which requires Food and Wealth to produce instead of Food and Timber, although Musketeers can still be trained. Play then goes on more or less normally. A unique mechanic of the Napoleon campaign is the idea of vassal states, such as Bavaria or Switzerland; each vassal that a power owns grants that power an extra field army, as well as any resources within the territory. Battles in this period include Jena-Auerstadt, Wagram, Leipzig, the march to Moscow, and the fictional invasion of Great Britain.

If the player loses in any battle once Napoleon has been crowned Emperor, the Allied powers exile Napoleon to Elba. The player can then return to France and attempt to return to power, fighting the Battle of Waterloo. If the player wins, play continues normally. If not, then Napoleon is exiled permanently to St. Helena, and the campaign ends.

Retrieved from "https://riseofnations.fandom.com/wiki/Napoleon?oldid=26557"
Community content is available under CC-BY-SA unless otherwise noted.